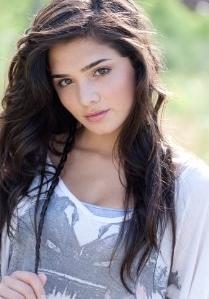 Celesta Deastis has appeared in both film and television.  Celesta appeared as Gracie in the TV series "Melisssa& Joey" and  McKenna in "A.N.T. Farm".  She has appeared as the Ghost Girl in the PA Film Festival film, "Banana Leaves."  She has also completed a promotional video for Project RunWay; appeared in the TBS cable pilot episode of "Family Matters" and had the part of the hamburger girl in the Disney series, "Hannah Montana."  Celesta also appeared in the HBO promotional film "Planetarium."  She is represented by Badgley Snow Entertainment; the Savage Agency in LA and the BMG Agency in Chicago.