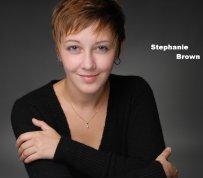 Stephanie L. Brown earned her B.A. in Theatre and History '08 from Albright College in Reading, PA. Stephanie has worked extensively with the Domino Players Theatre Co. and Contemplorary Stage Co. back East.  Her vocal training as a soprano also came from Albright College under the very capable hands of Jeffrey Lentz (tenor).   Since moving to Chicago she has worked with Slash Productions, Gilbert & Sullivan Opera Company, Inconceivable Theatre and has become an ensemble member with the Blank Line Collective. Some of Stephanie's favorite roles are "The Tenant" from The New Tenant (Blank Line Collective), "Yum Yum" from The Mikado, "His Soul" from Hydriotaphia, "Isabella Bird" from Top Girls (Domino Players), "Modron the Dark Witch" from Sleeping Beauty, "Blue Dog" from Go, Dog, Go, and "Cinderella" from Cinderella, Cinderella (Contemporary Stage Co.)

Shirley has been involved in the modeling industry for over 30 years.  She graduated from Patricia Stevens High Fashion Career College where she was coached and developed for fashion modeling, runway, make-up, nutrition and exercise, etiquette, wardrobe, poise, personal improvement, and photographic modeling.  She has done print work, tradeshows, warehouse modeling, countless fashion shows and runway, and was a spokesperson for a variety of products, both here in Chicago and San Francisco.  She taught at the London School of Fashion in San Rafael, California for four years.  Shirley loves all aspects of the modeling field, but her passion is for fashion shows.  She just loves the industry, whether it's being the model, the commentator, or the coordinator.

Born and raised in Chicago, IL, growing up as a trained dancer and award-winning artist.  While mastering her studies in business and marketing at Florida A & M University, Stacy found an undeniable attraction to modeling and operating under the many different aspects of it. Becoming well-respected for her visionary approach and knowledge of the fashion industry she ascended to an elected leadership position within FACES Modeling Troupe.  Her roles included coordinating a staff of over 40, training more than 150 prospective models a year, and designing high-octane events for her apprentices.  As a muse to designers, photographers, make-up artists and stylists alike, Stacy used her established networks within the fashion world to coordinate fashion shows as well as organize and direct photo shoots. She continues her modeling and leadership initiatives working towards her goals of developing an influential global business consciousness, synthesizing her vision for art, fashion, marketing and commercial sensibilities. 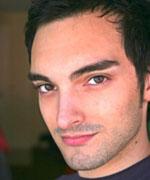 Devin has been a professional actor and model since the age of 4, at age 15 he was a client of John Robert Powers Chicago. He has done commercial work for McDonalds, All State and Tombstone Pizza, and has also been in over 15 plays with several Chicagoland theatre companies.  Before coming to John Robert Powers, he worked with Columbia College Chicago as an acting teacher at their summer arts program for children. He has also worked with North Light Theatre Company's Children's Theatre Program as an acting coach. 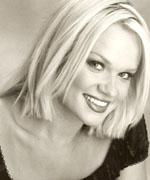 Marta's acting experience dates back to High School. Her love for the craft led her to community theatre, where she performed in numerous musicals, and plays. Marta eventually became an official member of the American Thespian Troup Society in 2000.  She also did a few television shows to further expand her repertoire including a cable sitcom. She moved to New York City and attended the American Musical and Dramatic Academy.  She has done two highly anticipated shows off Broadway: Cementville and a featured vocalist workshop. Marta decided to return to Chicago and work toward an Arts, Media and Entertainment Management degree at Columbia College: During her free time she does seasonal modeling shows and image coaching for girls who want to participate in pageants. 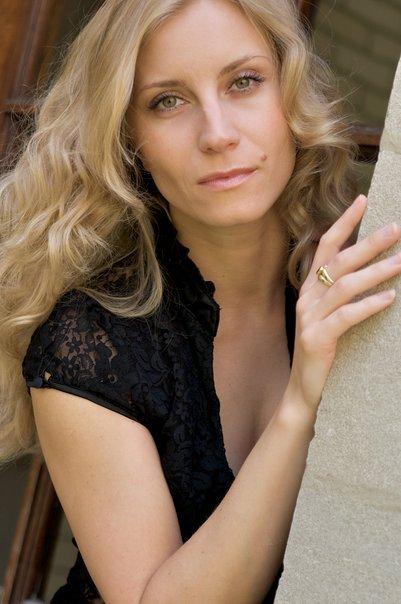 Kinga is an actress/ model/ teacher/director from Poland. She is a graduate of Music Academy, Ballet Academy, Theatre Academy in Warsaw, and The Second City in Chicago- Improv Program. She has directed and coached actors from Theatre Academy in Film, TV, and Classical Play for over 12 years. She has been in performances of Pinocchio, Three Sisters, A Streetcar Named Desire, Romeo and Juliet, and The Cherry Orchard. Kinga is also a reporter for International TV Polstat 2 and hosts her own radio show on 1490 a.m.   Recently, Kinga has been working with the Trap Door Theatre.

Laura hails from the Quad Cities and has been a part of the Entertainment Industry for over eight years.  She has done extensive work in print, commercials and runway, including serving as the ad campaign manager for a top Chicago fashion designer.  Laura has been coaching children, teens, and young adults in the entertainment industry for the past five years.  She states that the most rewarding part of working with her students is seeing their confidence and self-esteem blossom. 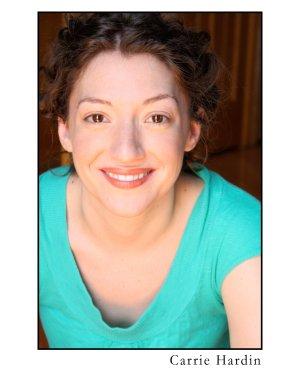 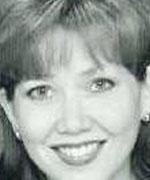 Originally from Dallas, Laura holds a BFA in Drama Education from the University of Texas at Austin, where she studied the Stanislavsky Method and Meisner acting techniques.  Currently, she is a singer and actress who has performed in over 50 musicals and plays.  In Chicago, she has appeared at The Organic, Shakespeare Project, Footsteps, Aardvark, and Chicago Dramatists theatre companies, as well as The Dallas Repertory and Theatre Three theatres in Dallas. Her acting credits include a two year stint in the comedy smash, TONY 'N TINA'S WEDDING, as well as film (The Dark Knight, Lilliana, What Women Want, My Best Friend's Wedding, JFK, Born On The Fourth Of July), Tv (ER, Cupid, The Untouchables, Dallas) and commercial, print and infomercial work for such clients as H&R Block, Tony Little Fitness, JC Penney, Kohl's, Boston Market, Kraft, U. S. Cellular, and Empire Today.  For seven years, she was the Managing Director of one of Chicago's off-loop ensembles, the Jeff-nominated Frump Tucker Theatre Company, where she last directed the Chicago premiere of the critically acclaimed, An Empty Plate In the Cafe Du Grand Boeuf.  A proud member of Actor's Equity Association, she has produced and directed dozens of theatrical productions and has been a teacher and acting coach for 15 years. 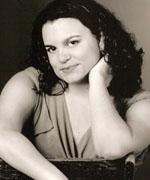 Victoria Montalbano grew up in Sarasota, FL and has a degree in Acting from Syracuse University. She has performed professionally in many theatres in Florida and Chicago, including a year long gig with the long running comedy, Tony 'N Tina's Wedding. She has been lucky enough to study and perform all over the world including the Edinburgh Fringe Festival in Scotland, Shakespeare's Globe Theatre in London, and toured Greece in the classic, Trojan Women. She also teaches preschool.

Erica is a recent college graduate from the University of North Texas.  Prior to moving to Chicago, Erica taught for five years with Dallas Junior Players.  Her credits include Mephistopheles in Dr. Faustus, Gertrude in Finding the Sun, and Belle in A Christmas Carol.  She has been with varies theater companies including Wing Span Theater Company, Risk Initiative Theater and the Shakespeare Festival of Dallas.  Directing has become Erica's passion.  She has directed such plays as Lear's Daughters and Talking With, Tabula Rasa, I Believe, Epigrafo, and A Mother, A Daughter, all written and conceived with the Blank Line Collective, a theatre ensemble she helped found.

Joy Rich grew up in Thailand. She graduated from Chulalongkorn University with a B.A. in Broadcasting and a film and speech minor. She had worked as a TV producer, creative, and writer for JSL Global Media Co., Ltd in Thailand for over a year before she moved to Chicago in May 2005. She received her M.A in Elementary Education from Roosevelt University. As a teacher, she strives to meet the individual needs of all children, so that they can meet, or exceed, the academic and behavioral expectations. She knows that making the children aware of her excitement of learning will help them develop a personal love for learning themselves. By making connections with students and teaching to student's interests, they will see learning as relevant and meaningful to their lives.

Mark is a working theater professional in Chicago who comes with extensive experience and skills. He has worked on everything from contemporary American theater to Russian works to Greek plays. He graduated Columbia College with a BA in Liberal Arts with a concentration in Theatrical Directing. Mark finds that no matter what he does he always has an urging to share his experience with others and enjoys doing so immensely.

Brianna has worked in St. Louis, Los Angeles and Chicago.  Her experience in Theatre has been in such plays as "Life with Father", "The Hollow, "Ain't Love Awful", "Fiddler on the Roof", "The Yellow Boat", "Hairspray/Lion King Showcase Ensemble" and "Gypsy" to name a few.  Brianna's Film and On Camera includes "Matchstick", a PSA on Abuse.  She is also experienced in Print working with Images of St. Louis, Prestige Studios, and Studio 7. Brianna co-directed two Annie Productions. Brianna's training ha been with Al Ontorato/Unified Management, Stages St. Louis Best of Broadway, Musical Theatre singing, voice training, and acting through Columbia College of Chicago.   Brianna is a JRP Alumni. 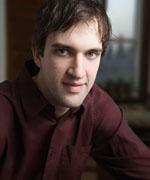 Brian is a director and performer from Texas, and has lived the last two years in Berlin, Germany. In Berlin he worked as a guest actor at the Carrousel Theater for the 2004-2005 season. In October of 2005 he also founded the theatre company Caesura Productions, serving as writer/director for their first production The Warrior/The Retreating World. Brian has a B.A. in Theatre/minor in German, University of North Texas, 2004. He recently moved to Chicago to pursue his career as a director and actor.